Due to the pandemic and resulting lockdowns, many in Nunavut and Nunavik spent more time inside or in town.

That may explain why landscape photos, which offered a new view of the world, were by far the most popular on the Facebook page and Twitter feed over this past year. 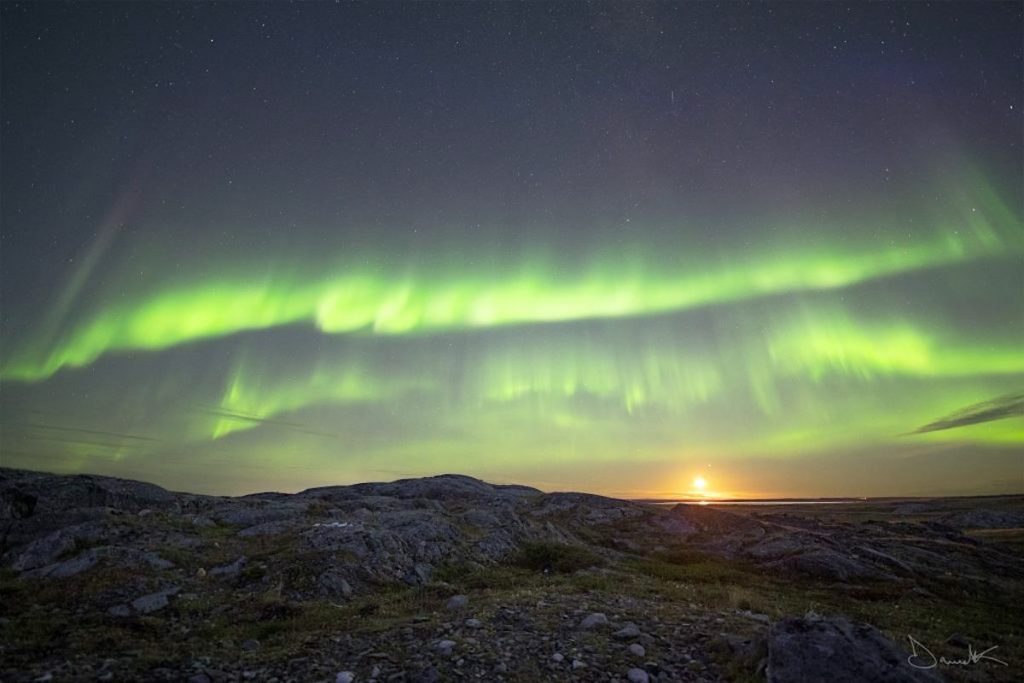 The most liked, viewed and shared on Facebook was this beauty, taken by Rankin Inlet photographer David Kakuktinniq. It’s an August 28 snap of the northern lights. 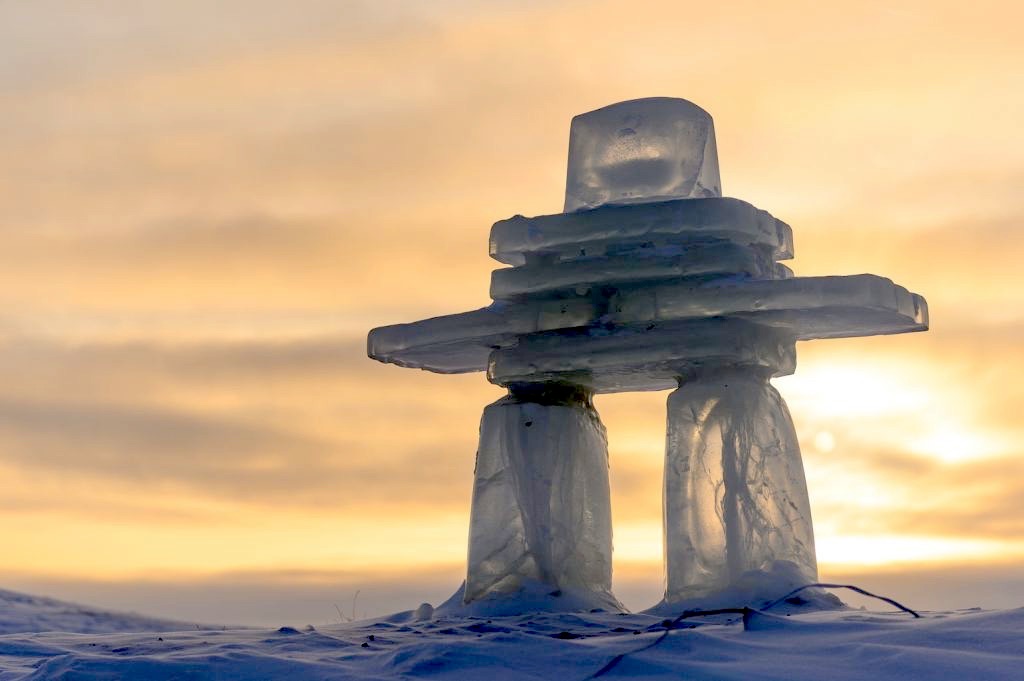 The second place photo honours go to Dustin Patar. Patar took this photo of an inuksuk made of ice, glistening in the afternoon sunshine on Jan. 20, as the sun set over Iqaluit. 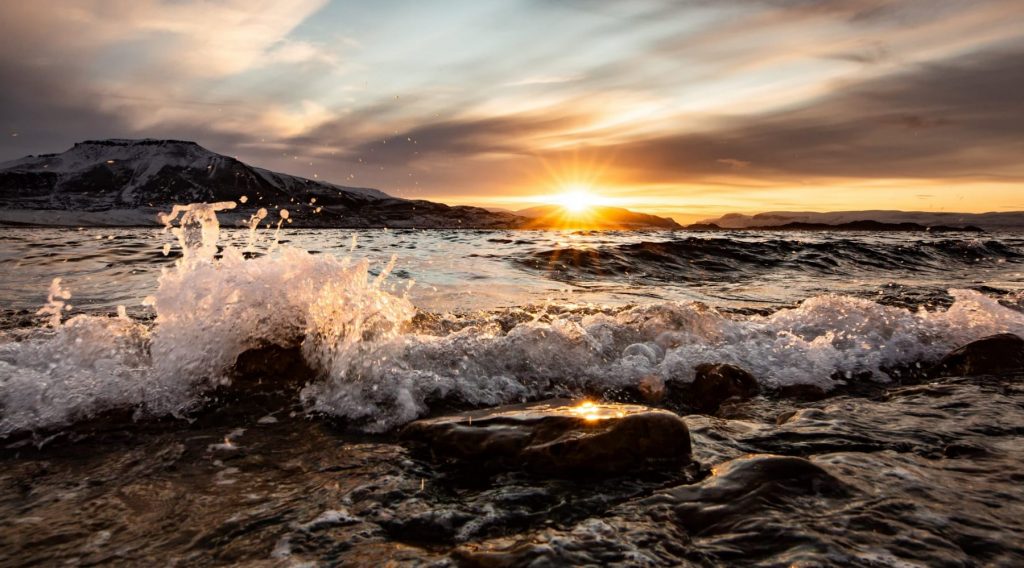 The third place photo was taken by Clare Kines. He captured this scene a little after 9 a.m. on Oct. 9 from the shore of Arctic Bay, looking towards King George Mountain on the left and Adams Sound to the right. 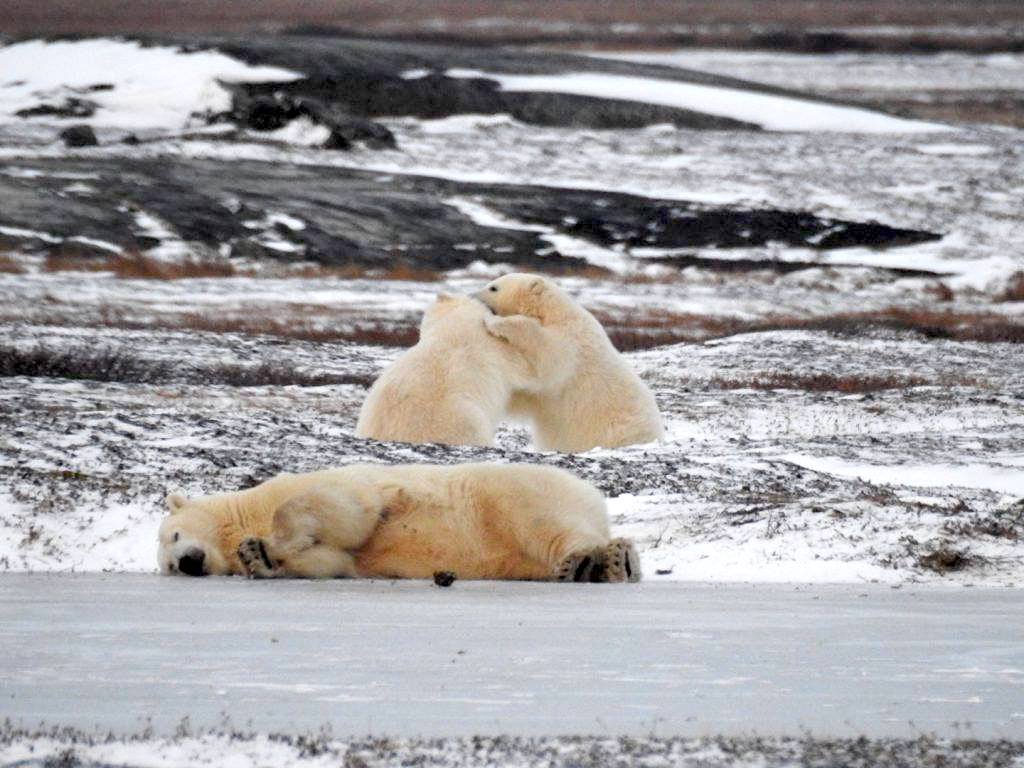 In fourth place, polar bear cubs wrestle as their mother rests by the Arviat airport’s landing strip in this photo, taken by Gordy Kidlapik on Oct. 29. 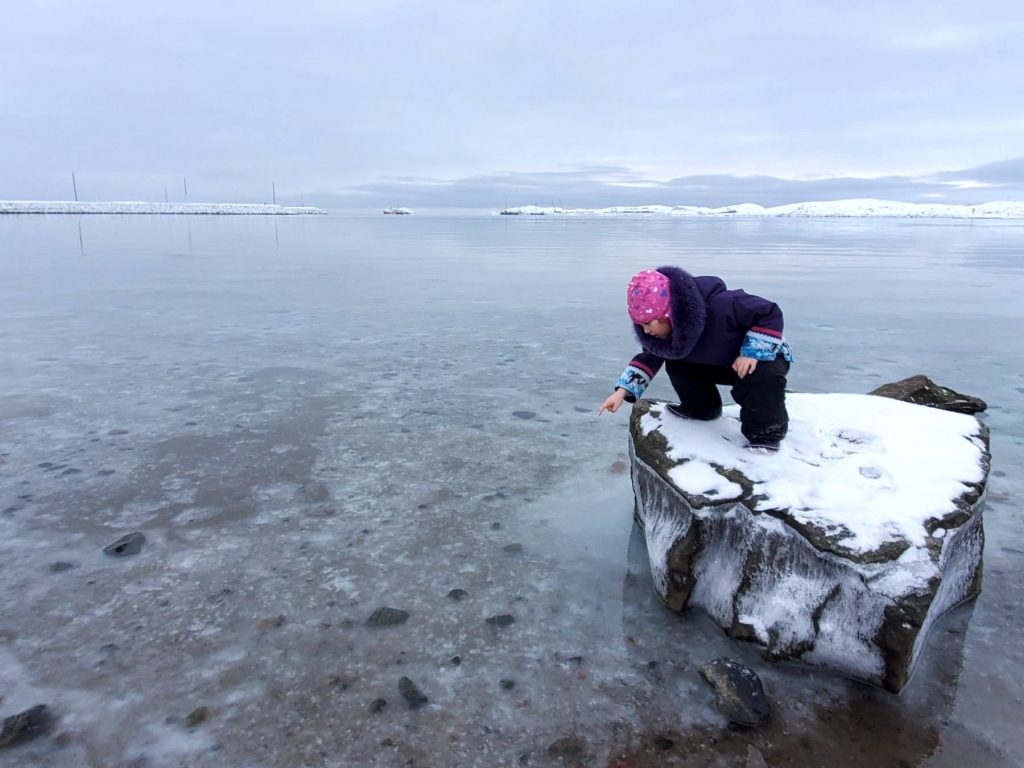 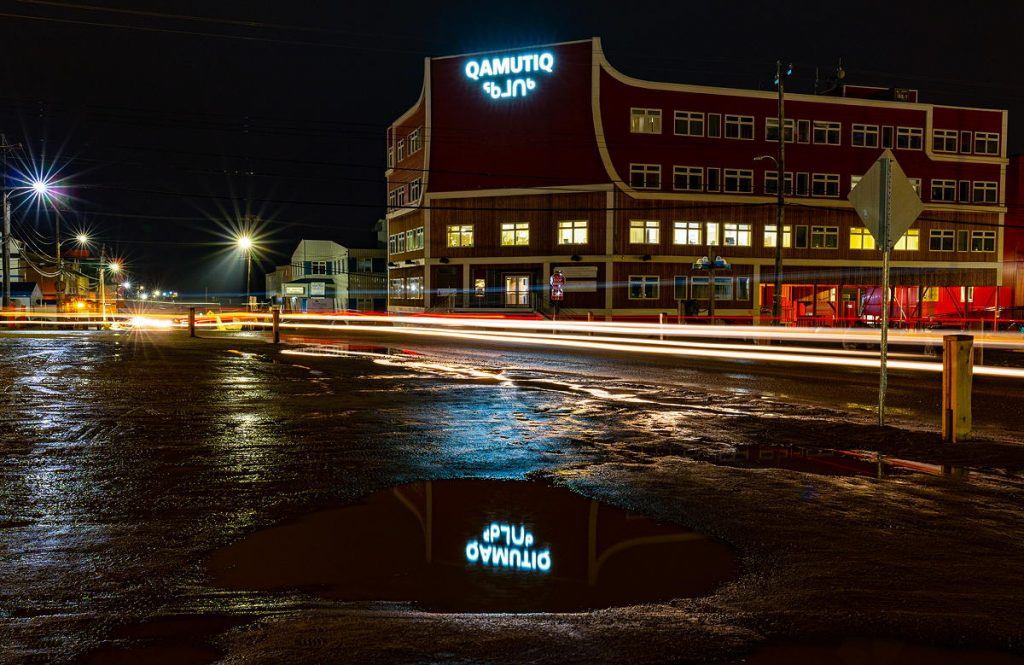 Iqaluit photographer Blaine Heffernan captured this image at the city’s Four Corners on Oct. 16. He said rain had just started to let up along Federal Road, leaving the perfect puddle. “I knew I could reflect the big Qamutiq sign in it,” he said, explaining he used a long exposure with a wide-open aperture. “I knew I would have many starbursts from the streetlights down Ring Road. This was the result!” 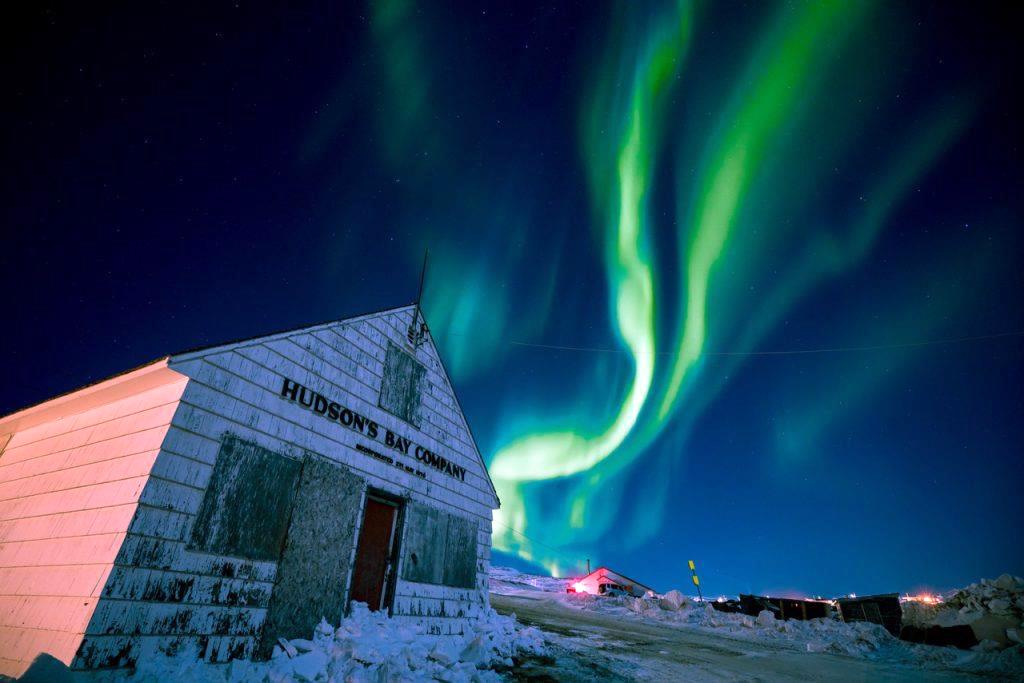 The northern lights glow above one of the old Hudson Bay Company buildings in Apex, just outside Iqaluit, in this photo taken March 14 by Bill Williams. 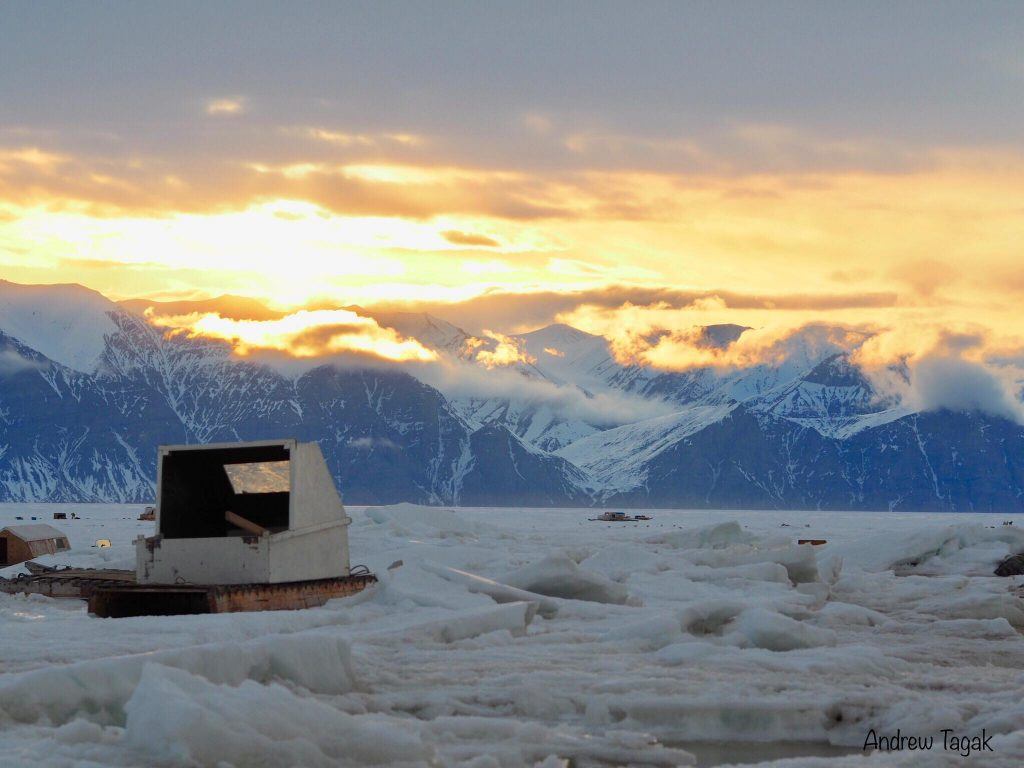 Andrew Tagak took this photo of qamutiit on the sea ice near Pond Inlet on May 31 against the early morning sun over Bylot Island. 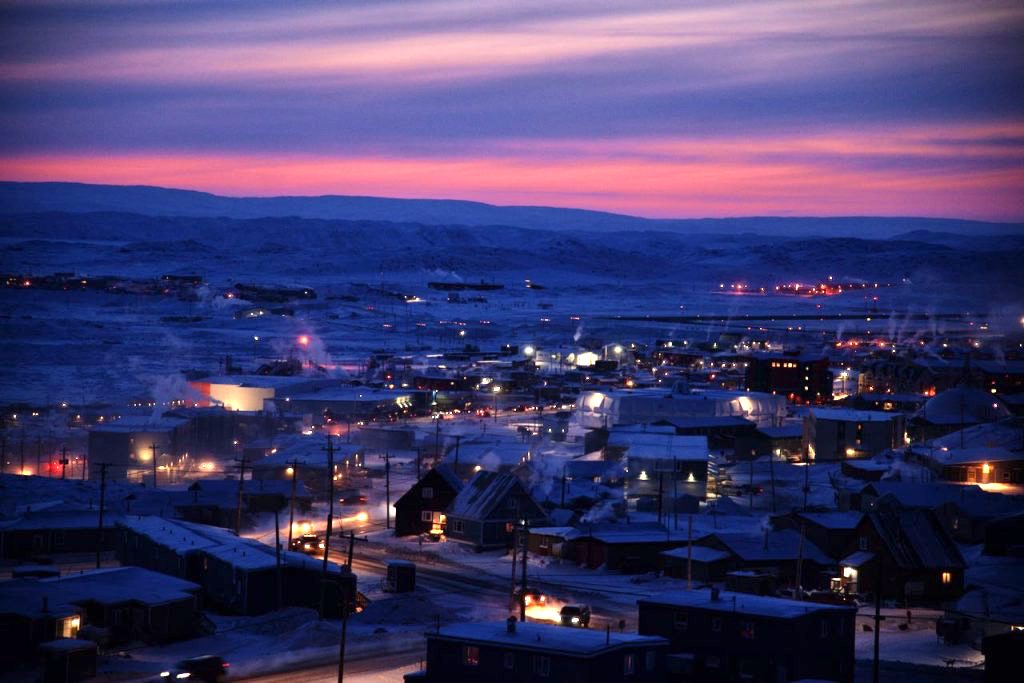 The lights of Iqaluit shine on a beautiful but cold — at -35 C — evening in this photo by Frank Reardon taken on Feb. 19. 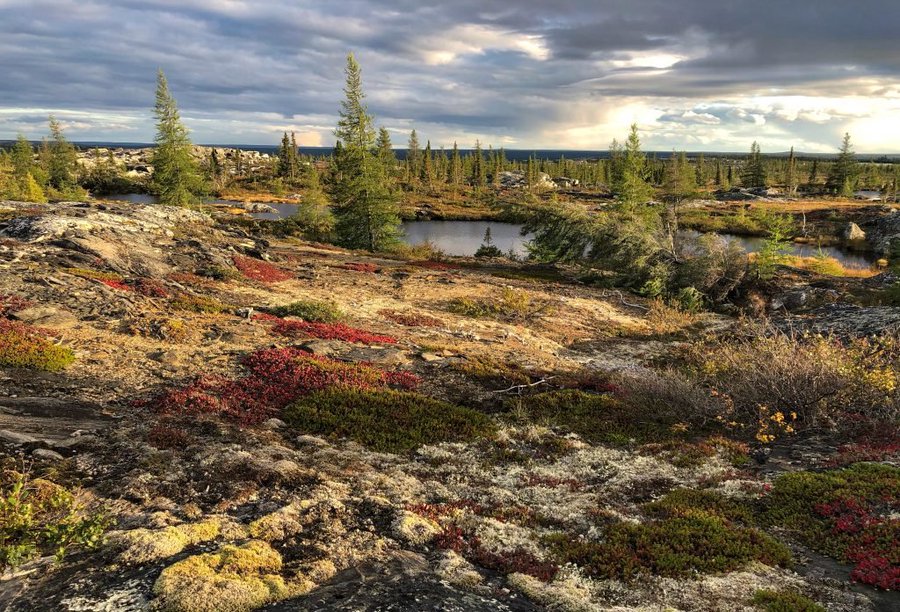 And our top photo on Twitter was this photo of the autumn landscape near Kuujjuaq, taken Sept. 15 by Isabelle Dubois while out berry picking.

Get Your Award-winning Smile at the Same Place the Stars Do: Dental Design Smile

Immaculate vision and ideas have led to the exponential rise of the sales mentor, trainer and entrepreneur, Dustin Aab